Lotte Sigh has been commissioned to choreograph for numerous international institutions, companies, theaters, festivals, museums, films, TV, outdoor city events and operas. She has created works for among others the Royal Danish Ballet, Pantera Chamber Ballet in Russia, the National Gallery of Denmark, the Dance Company of the Region Theatre West in Sweden, D-CAF in Cairo and Dies De Dansa in Barcelona, Campnorr in Copenhagen, KHIO in Oslo, the University of Stavanger, the H.C. Andersen Festival in Denmark and Intradance in Russia.

As a teacher, choreographer and choreographic coach she is teaching at The Royal Ballet Summer school, KHIO in Oslo, Dansehallerne in Copenhagen, the University of Stavanger, the Region Theater West in Sweden, PRODA in Oslo, The Bartholin Seminar at The Royal Danish Ballet, Europa in Danza in Rome, Area Danza in Livorno, Ballet Academie in Lyon, Contemporary Dance Festival in Kazan in Russia and a number of company classes. She is regularly assigned as an external examiner to numerous examinations at other educational institutions such as KHIO in Oslo and DAF in Rome. As a jury member of choreography competitions she has worked with Europa in Danza in Rome, Stelle di Domani in Catania, Talent Garden in Milan, Tripodium Ballet in Milan, Le Capaninne in Catania and Area Danza in Livorno.

Her work is deeply rooted in a sense of wonder; a feeling of awe and amazement over the world around us. She develops and plays with a world of nuances of the art of dance working with precision and instinct luring around every corner. Her point of departure is often inspired by the traces the world leaves in human beings and the relationships that occur between us as individuals and between groups in society. Always in search of the different collective subconsciousness her works are all imaginatively illustrated and interpreted in close collaboration with other artists. Despite the from time to time dark themes there is an strong underlying optimism  flowing through her work.

Several works has been created in collaboration with visual designer Lars Egegaard Sørensen who for three decades has developed original visual scenography, light and 3D design. With a special sense of flow, dynamic and vivid images they have created riveting perspectives on the human body in the world of today. Together they have presented Transparency, Cast Eyes On, JOURNAL 753, the film Into the woods, Les Bohemians for the opening of the Toulouse-Lautrec exhibition at The National Museum of Arts, sight specific performance for Dies De Dansa in Barcelona as well as the Good, the Bad and You for the Intradance Festival in Moscow.

Her works have been performed in venues such as The Royal Danish Theatre, Copenhagen Summer Dance by Danish Dance Theatre, Copenhagen Music Theatre, Bora Bora in Aarhus, Hatch and Dancespace in New York, Picasso Museum in Barcelona, Dansehallerne in Copenhagen, Femenko in Moscow, Unix in Kazan, The Aarhus Festival in Denmark, Spinnihalle in Switzerland, French Cultural Institute in Egypt, American University of Cairo, Aarhus Music Theatre and at a large number of museums and site specific venues.

Lotte Sigh is educated at Rotterdamse Dansacademie, Hogeschool vor Muziek en Theater Rotterdam (NL), at Sport and Biomechanics at The University of Southern Denmark and through Scholarship at Jennifer Muller (New York). Furthermore she is certified in Gyrotonic® and Gyrokinesis® (New York) and has attended a long line of international workshops. In 2000 she was awarded a scholarship as a dancer and choreographer for the DanceWeb programme at Impulstanz in Vienna. 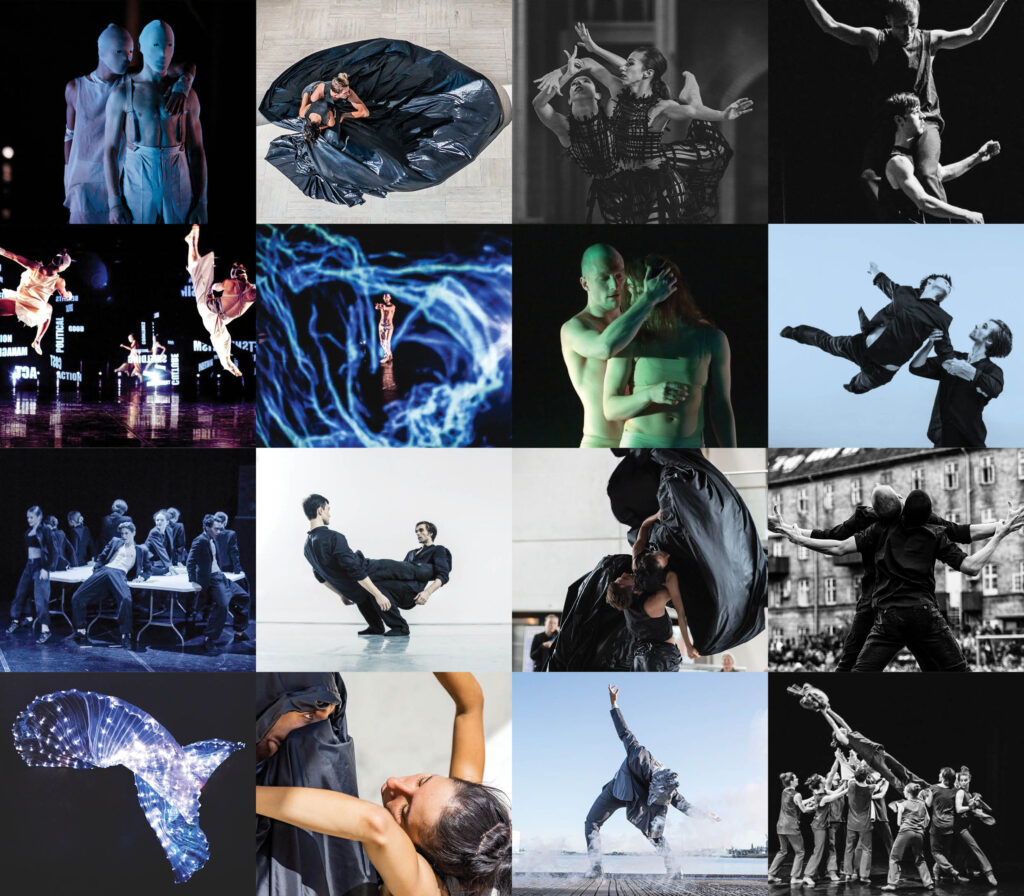